Reflections on academic discourse in business and economics: Is it smart to invest during an economic crisis ?

[u]Sujet [/u]: Reflections on academic discourse in business and economics : Is it smart to invest during an economic crisis ?

[u]Extrait [/u]:
Knowing what a crisis is, we can in a second time, try to answer those people’s questions. To be more efficient, two real-life examples that conflict with each other will be given. Such as one example that argues in favour of more investments in education during a crisis, against one that is against fewer investments in education during a crisis. To complete our analysis, at least three concepts of Babbie and Gravetter/Forzano would be applied to our chosen examples [...]

Some countries and governments observed the situation and take some advantages of the financial crisis to invest in the education. That is the first step of the economy empirical system. An appropriate example would be that the government in the United-States is in favor to additional expenditures. The education reform was elaborated by the American policy makers, researchers and the finance minister. They have included some proposals: the uniform standards for preschool programs, the rigorous tests and academic standards [...] 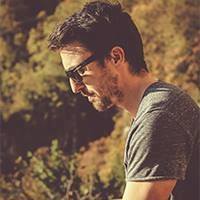